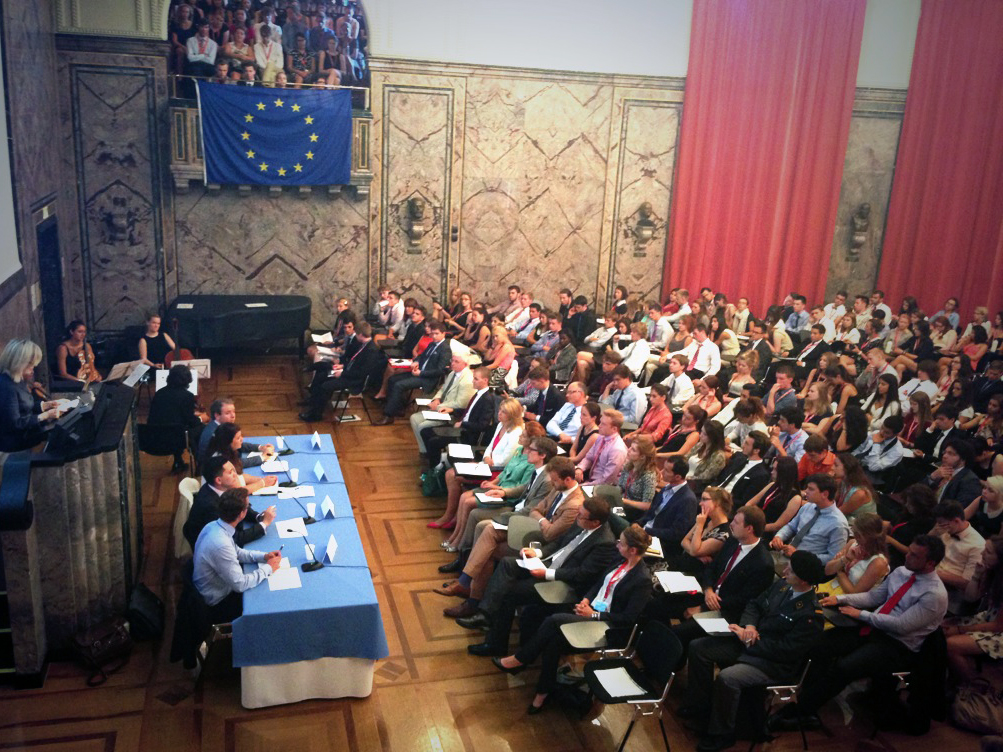 The 73rd International Session of the EYP was officially opened this Monday in Zurich in presence of European Commissioner Androulla Vassiliou and Government Councillor Regine Aeppli.

The European Youth Parliament was graced with the opportunity to open its 73rd International Session in presence of Androulla Vassiliou European Commissioner for Education, Culture, Multilingualism and Youth. In her address she urged for the fight against youth unemployment to become the “first priority in Europe of today”. She thanked the participants for in the discussion about the future of their continent: “The nature and future of the European integration is a debate everyone should participate in.” The venue for Commissioner Vassiliou’s address could have not been more appropriate: The session was officially opened in the same auditorium where Sir Winston Churchill addressed the youth in 1946 with his famous dictum “And I say to you: let Europe arise”.

Gouverment Councillor Regine Aeppli, education minister of the Canton of Zurich, urged the participants not to lose their commitment to their political desires if the wheels of politics turn slowly. Gouvernment Councillor Benedikt Würth from St Gallen addressed the participants in his role as head of the ch Foundation which implements the Youth in Action programme in Switzerland. After the session, the 300 participant started Committee Work and took on Committee Work.